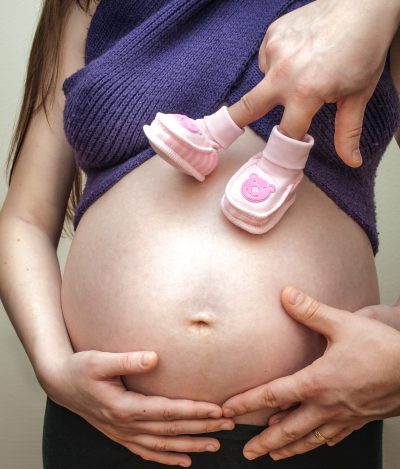 This blog is a reflection of our experience- this includes my husband’s views. That it is not to say it is a typical journey which every couple will experience but there will be elements that sound familiar. Fertility is a taboo subject and I hope by being open and honest, it resonates with you. We hope you find comfort in knowing you are not alone.

After 3 years of being in a relationship and not conceiving naturally, we decided further tests were required. I did not qualify for free NHS IVF treatment (I was ‘too old’).  Ironically, the same NHS consultant delivering the news became our privately paid Consultant.  We began saving – no exotic holidays, random nights out and life became dull.  We spoke endlessly of being parents and the next stage of our lives.

At the time, I was working in a senior position within the criminal justice system.  I had little awareness of the impact work was having upon my wellbeing.  My work became a source of stress but I did not notice because of my perception of job satisfaction.

After endless research we purchased medication prescribed by the IVF consultant (they are crazy expensive). Then, the enormity sank in – frequency of injecting to ‘what if I’m unsuccessful?’. Whilst the venture was collaborative this part of the endeavour was down to me.  I’m confident this is not the first time a female feels like the process is only her burden to carry. My body would decide whether to conceive and carry the baby the full term.

I became resentful of my husband – he was (still is) phenomenally supportive.  He is kind and far more tolerant than me but his reassurances did not soothe.  The resentment seeped into my everyday life – everything irritated me as the thoughts of failure became more frequent. I stopped talking to my husband and anything fun was off the agenda, because all our disposable income was reserved for IVF.

Eventually, my husband got tired of it and told me he was not prepared to go through the process again if unsuccessful.  This unintentionally exacerbated my anxiety. He was not only concerned about the financial impact but his vibrant and optimistic wife disappearing before him. In hindsight, he was doing what he could to protect the person he loved by bringing the impact to my attention.  In the interim, work became more intense and for the first time I felt my passion waned. I began to question my decision making.  Waking moments became occupied with the thoughts of IVF treatment ahead. Nights were sleepless as I fretted about work and no longer being myself.

Eventually I got tired of it all and the GP rightly signed me off from work for 2 months (stress related). I started slowing down, getting a healthy night’s sleep and looking after myself.  Prior to returning to work, we had well-deserved break for our anniversary. I made a conscious decision not to talk about the impending event (commencing on our return).  Instead, relishing potentially our last holiday as a couple rather than a family (with a child).  The break was just what we needed- we laughed, talked, hiked, ate, saw a beautiful Italian wedding (sneakily watching it).   I came back determined and ready to start IVF.  2 weeks after our return, I took a pregnancy test as requested by the Consultant.

I was pregnant…  Wait what?

As shock dissolved into joy, we hugged each other and cried. Suddenly we realised the medication was none refundable. Fu*k.

According to the NHS, infertility affects 1 in 7 couples and in 25% of those cases, the cause can’t be identified.  I was part of this stat. I’m sharing my personal story because we constantly have competing priorities which affect our mental state. I was highly organised and efficient. At work, constantly working towards several deadline and managing one of the largest successful teams in the South East.  At home balancing partner, friends, family and the gym. I felt pressure but not stress, because it had become such a natural way of being.  Sustained high levels of stress hinders the process of conceiving releasing high levels of cortisol and adrenaline.  Your body is more likely to resist process – why? Because it is harder to run when you are pregnant, our primitive brain is that basic – ‘how am I going to protect you if you are pregnant’

Then you add IVF. There is such an emotional and financial investment by the couple that inevitably, capacity to manage general life stresses are affected.  The spinning plates now are either spinning to fast (too much energy) or too slow (not enough attention).  Stress is one sure way to ensure that the IVF cycle is unsuccessful.

In 2004, a study found that hypnotherapy doubled the success of IVF treatment compared to the group who did not have any form of hypnotherapy.   The study found there a correlation between stress and conception. By reducing stress, there is greater regulation of the critical hormones associated with fertility.  Hypnotherapy can help you to be in the best possible state – emotionally, physically and psychologically. By encouraging the production of serotonin, dopamine and oxytocin to reduce the friction between couples and promoting positive wellbeing.

My experience of working with PTSD

How to manage anxiety over the xmas period

Can hypnotherapy help with OCD?